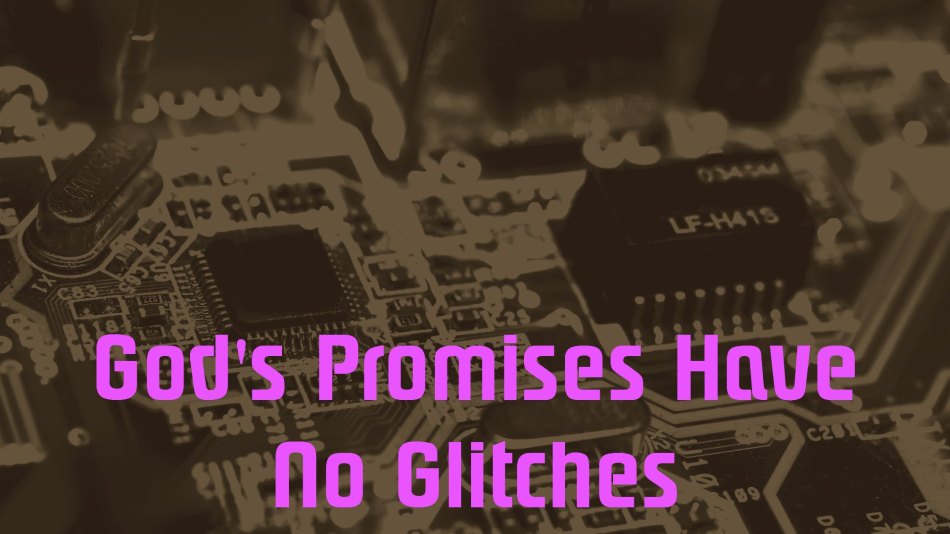 Beta testing is when a company releases an early version of software that’s not quite done, but needs to be tested by real users.  The test subjects use the software in real situations and report any bugs or glitches in order to improve the product.  As we trust in God, it’s important to remember we’re not beta testing His promises; they’ve already been tested.

In Jeremiah 39, Jerusalem is besieged by Babylon and their ruthless king, Nebuchadnezzar.  Remember, he’s the one that threw Shadrach, Meshach, and Abednego into the fiery furnace in Daniel 3.  In battle, Nebuchadnezzar is merciless as he overtakes Zedekiah, king of Judah, killing his sons in front of him and then gouging his eyes out.  What horrible thing would he do to Jeremiah, the prophet of God?

Concerning Jeremiah, Nebuchadnezzar, as wicked as he was, instructed his army captain, “Take him, look after him well, and do him no harm, but deal with him as he tells you.”  (Jeremiah 39:11)  Later in 40:5, sure enough, we see Jeremiah treated very well.  “So the captain of the guard gave him an allowance of food and a present, and let him go.”  How could Jeremiah receive that type of treatment from such evil people?  God gives the answer a few verses later, in the form of a promise.  “But I will deliver you on that day, declares the Lord, and you shall not be given into the hand of the men of whom you are afraid.  For I will surely save you, and you shall not fall by the sword, but you shall have your life as a prize of war, because you have put your trust in Me, declares the Lord.” (Jeremiah 39:17-18)  During this war, God’s promise proved trustworthy and without glitches, as He even used dishonorable men to protect Jeremiah, keeping him safely in Jerusalem.

God’s promises have already been rigorously tested “by so great a cloud of witnesses.” (Hebrews 12:1)  Ask Noah about God’s protection.  Ask Abraham about God’s goodness.  Ask Moses about God’s deliverance.  Even more, ask your Christian brothers and sisters!  “The grass withers, the flower fades, but the word of our God will stand forever.”  (Isaiah 40:8)  The testing results are all through Scripture; God’s promises work perfectly.