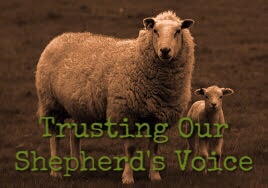 If you had a concerning health condition, a couple friends may share their experiences or even offer advice. Ultimately, before making a decision about your health, you’d seek the counsel of a board certified physician; a true, expert in the medical field. After this step, would you then go back to your uninformed friends and follow their advice? As Christians, are we committing this silly mistake?

After performing many miracles, challenging the temple leaders, and speaking the most profound words in the Sermon on the Mount, Jesus wanted to know who people thought He was. The disciples said, “Some say John the Baptist, others say Elijah, and others Jeremiah or one of the prophets.” (Matthew 16:14) However, in the next verse, Jesus pressed them personally, and asked, “But who do you say that I am?” This is the most important question any of us, Christians or not, will ever be asked. Simon Peter answered, “You are the Christ, the son of the living God.” (Matthew 16:16) Did Peter look to the other disciples for this answer? No. Jesus replied, “Blessed are you Simon Bar-Jonah! For flesh and blood has not revealed this to you, but my Father who is in heaven.” (Matthew 16:17) This word from God changed Peter’s entire life; he became the rock of the church, as Jesus explains in verse 18.

The Apostle Paul didn’t know his Savior until God revealed Him on that road to Damascus. At that point, Paul said, “I did not immediately consult with anyone, nor did I go up to Jerusalem to those who were apostles before me…” (Galatians 1:16) Why not? After Paul encountered Jesus in such an amazing way, why didn’t he confer with all the other disciples that knew Jesus personally? Why not get guidance from other people? Paul followed Jesus because, just as it’s written, “My sheep hear my voice, and I know them, and they follow me.” (John 10:27)

With a true word from God, Peter became the rock of the church and Paul became the greatest evangelist of all-time. One word from God changes us and we have no need to look to others. John even says, “The anointing that you received from him abides in you, and you have no need that anyone should teach you.” (1 John 2:27) If you’ve heard from God, the highest authority, that word lives and abides in you, and you can leave any other advice behind.

0 comments on “Trusting Our Shepherd’s Voice”