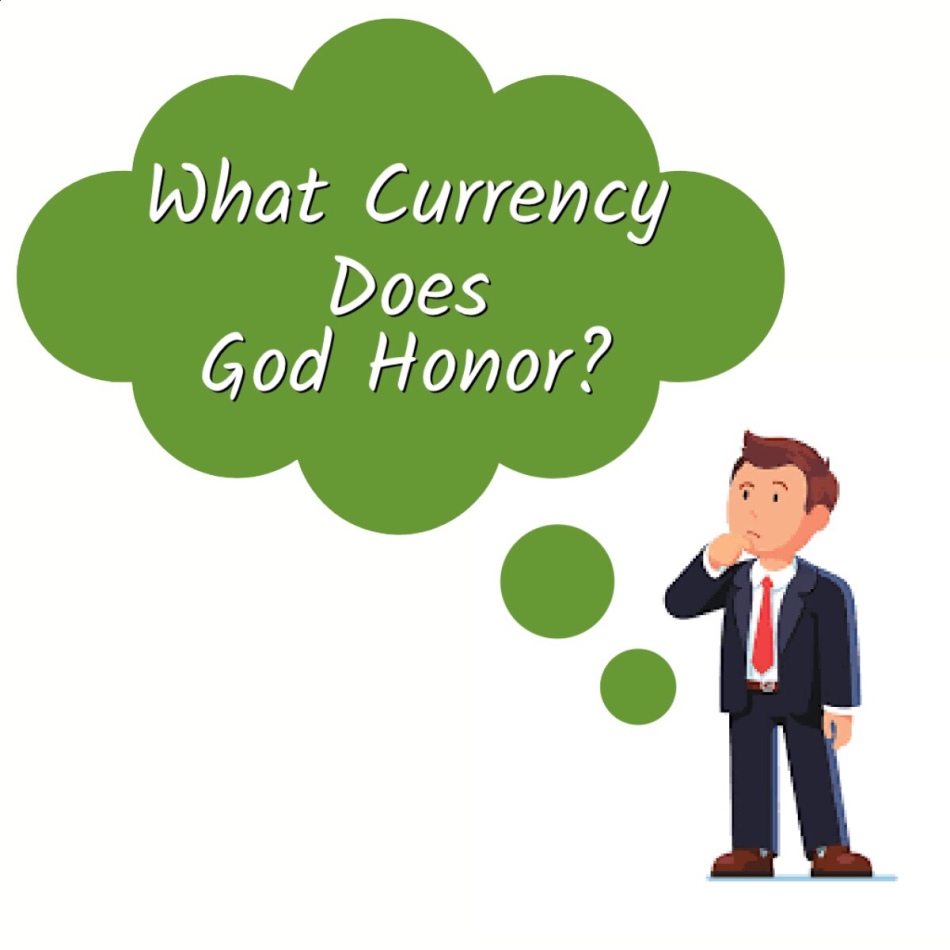 Chile honors pesos, Morocco honors the dirham, and Czechoslovokia uses the koruna.  In the United States we have our dollars and the United Kingdom uses pounds.  Before traveling to any of these countries, it’s important to have a pocket-full of the national currency they honor before purchasing anything.  When we need something from God, do we ever consider what currency He honors?

The currency of the living God is described in Hebrews 11.  “By faith Abel offered to God a more acceptable sacrifice than Cain, through which he was commended as righteous…” (v. 4)  “By faith Noah, being warned by God concerning events as yet unseen, in reverent fear constructed an ark for the saving of his household.” (v. 7)  “By faith Abraham obeyed when he was called to go out to a place that he was to receive as an inheritance.” (v. 8)  “By faith Sarah herself received power to conceive, even when she was past the age, since she considered him faithful who had promised.” (v. 11)  “By faith Moses, when he was grown up, refused to be called the son of Pharaoh’s daughter, choosing rather to be mistreated with the people of God than to enjoy the fleeting pleasures of sin.” (v. 24-25)  Throughout history, people come to God with nothing but faith in their hands and they’re never turned away, “For it is written, ‘The righteous shall live by faith.’” (Romans 1:17)

If the funds in our faith account are low, we needn’t worry; Jesus tells us, in God’s economy, a little faith goes a long way.  “The apostles said to the Lord, ‘Increase our faith!’  And the Lord said, ‘If you had faith like a grain of mustard seed, you could say to this mulberry tree, ‘Be uprooted and planted in the sea,’ and it would obey you.’”  Though Jesus says we need only a little faith, that little bit is important.  “And without faith it is impossible to please him, for whoever would draw near to God must believe that he exists and that he rewards those who seek him.” (Hebrews 11:6)

Bringing no faith to God but expecting Him to change our life is like going to the store with empty pockets and expecting to leave with a full cart. “Let him ask in faith, with no doubting, for the one who doubts is like a wave of the sea that is driven and tossed by the wind.” (James 1:8)  The great news is if we want this currency of faith, God gives it as a gift, according to Ephesians 2:8, and simply through “hearing through the word of Christ.” (Romans 10:17)  Our Bibles are bank vaults, with the locks broken, and doors flung open.  What are we waiting for?

0 comments on “What Currency Does God Honor?”